3 disruptive technologies to watch in 2017 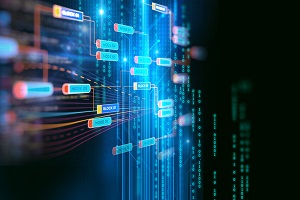 Disruption was one of the buzz words in 2016 but the discussion largely focused on the potential of technology to disrupt established business models. In 2017, we expect technologies to deliver the first waves of impact. A few industries in particular will see technology change the way they do business, namely manufacturing, finance and retail.

Driverless cars have the potential to impact a number of industries in profound ways, all of which AMP Capital considers in detail in our long-term ESG research1. The technology is gathering pace. Some observers are now forecasting that a level four automated car (one level beneath full automation) capable of mass production will be tested in 2017.

Entrepreneur Elon Musk has promised to have a Tesla drive itself from Los Angeles to New York City with no human input this year and it is possible that Waymo (formerly Google’s autonomous driving subsidiary) will launch a commercial level four service in some locations this year.

Waymo has also recently announced that it has developed technology that operates in rain, fog and snow while BMW said in January 2017 that it will test 40 self-driving cars in suburban environments in the second half of this year. These were previously considered to be key barriers to the technology. Volvo is lending 100 of its level four automated SUVs to Swedish customers to test it on commuter routes at average speeds of 70 kilometres per hour.

Some governments are proactively courting driverless car technologies by offering areas as test sites and passing regulatory guidelines for the operation of driverless cars on public roads2. Real estate, retail, infrastructure and insurance are the four industries that are shaping up to be the most profoundly affected by these vehicles in the medium term.

Blockchain has the potential to be one of the most transformative technologies for large businesses in decades. Blockchain is basically a shared distributed ledger, or a database of real-time transactions, that can be accessed by any node in the network at any time.

Blockchain allows for the exchange of data in real time for very little cost and is relatively safe and secure because the system operates across a network of computers. It is a peer-to-peer system so is considered safer and more transparent than its traditional brethren, which was managed by one central authority on the one internal platform. It is possible that 2017 will be the year that one of the large financial services organisations globally will announce that it is switching a significant IT platform to blockchain.

The Australian Securities Exchange (ASX) has been the global leader to date in developing applications for its exchange; more specifically, its cash equities clearing and settlement operation. It ultimately hopes blockchain will replace CHESS, its system for recording shareholdings and managing the settlement of share transactions.

In January 2017, the largest settlements and clearing business in the US, the Depository Trust and Clearing Corp, announced that it will be switching one of its major data warehouses to blockchain technology from early 2018. Most of the focus has been on financial services to date but, just like driverless cars, it has been on potential rather than implementation.

At the end of 2016, Amazon announced that it is testing bricks and-mortar grocery stores in the US and that these stores will not have check outs. A mobile phone app keeps a record of the goods consumers pick up from the shelves, and then charges consumers through the app as they leave the store.

Amazon’s announcement was further evidence of the trend we are seeing in global listed real estate and retail: online is moving offline. The last few years have proved that online is not destroying bricks-and-mortar real estate. Rather, the two will co-exist and need each other to survive.

Consumers expect to be able to choose whether to shop online or on foot, and bricks-and-mortar stores will morph into real-life embodiments of the brand to provide experiences that cannot be replicated online. This trend has far-reaching implications for investments in global listed real estate, with changes to supply and demand dynamics likely to impact property valuations.

1 The legal, regulatory and consumer barriers to driverless cars were covered in AMP Capital’s Corporate Governance Report in September 2016.
2 For example, the United States Department of Transportation released its Federal Automated Vehicles Policy in September 2016 titled Accelerating the Next Revolution in Roadway Safety.

While every care has been taken in the preparation of this document, AMP Capital Investors Limited (ABN 59 001 777 591, AFSL 232497) and AMP Capital Funds Management Limited (ABN 15 159 557 721, AFSL 426455) make no representations or warranties as to the accuracy or completeness of any statement in it including, without limitation, any forecasts. Past performance is not a reliable indicator of future performance. This document has been prepared for the purpose of providing general information, without taking account of any particular investor’s objectives, financial situation or needs. An investor should, before making any investment decisions, consider the appropriateness of the information in this document, and seek professional advice, having regard to the investor’s objectives, financial situation and needs. This document is solely for the use of the party to whom it is provided.