5 considerations before moving into a retirement village

It's important you understand how retirement villages work and the type of costs you're likely to come across. 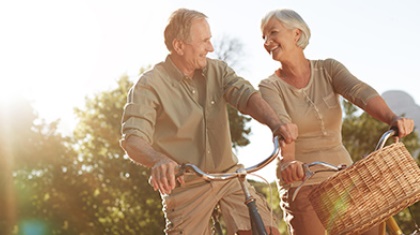 If it’s something you or a family member have been thinking about, a national survey revealed 93% of retirement village residents felt their overall happiness and life satisfaction remained the same, or had increased slightly to significantly since making the move from the family home2.

If you’d like to know more, we’ve pulled together some general information, as well as some of the costs you’re likely to come across. Remember, it’s also important you speak to a professional and are across any contract complexities before making any decisions.

1. What you can expect

Retirement villages are generally complexes made up of individual residences. While they were traditionally designed to cater to the needs and lifestyles of people aged 55 and over, the average age of new residents entering retirement villages is currently 753.

Retirement villages are typically self-funded and do not receive government funding or subsidies4. Many offer a range of health, leisure, and support services, and will often include medical facilities, as well as recreational facilities, such as community halls, bowling greens, libraries, and pools.

According to a national census, the three main reasons residents said they wanted to move into a village were, they wanted to downsize while they could, their former home was becoming too big to manage, and they wanted freedom from house responsibilities to pursue other interests5.

Here are some additional insights from the survey 6:

3. The most common way to pay

There are many different payment models—the ‘loan/licence’ (or licence to occupy) model a popular one among retirement villages7.

Under this model, here are some common costs and considerations you’re likely to come across—and note, the way figures are calculated will differ depending on the retirement village8.

You also need to consider:

4. How different payment models can vary

The Australian Government has indicated that different fee structures make it difficult to compare the affordability of different retirement villages9, but here’s some general information on the three most common payment models to give you a bit of guidance10:

There is much to think about when assessing your living arrangements in retirement, particularly when it comes to signing contracts and making sure you understand the fine print.

How different villages charge can vary significantly and some residents may be subject to different fee structures. On top of that, what you pay could also change over time to reflect occupancy demand, changes in ownership and fluctuations in property prices11.

Depending on the arrangement, there’s the potential to benefit from having access to home equity or to defer a large portion of your costs until a later date12.

For these reasons, it’s very important to speak to your financial adviser and a legal professional before signing anything.

If you seek further professional advice please contact us on |PHONE|