Are Australian households more vulnerable than we think?

A lot has been said and written about Australia’s household debt levels and possible implications on the banking system and the economy more broadly. But could Australian households be even more constrained than the headline numbers are suggesting? 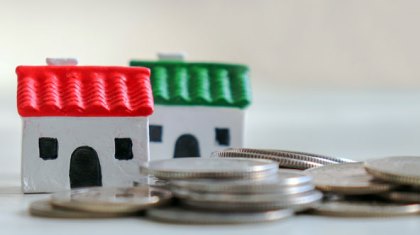 Michele Bullock, the Reserve Bank of Australia’s Assistant Governor, highlights the stresses households will likely be facing well before any rise official interest rate materialises in this speech. Bullock points to the large proportion of interest-only loans set to expire between 2018 and 2022 as of particular concern, when more financially constrained borrowers will be required step up to onerous principal and interest repayments.

AMP Capital’s chief economist Dr Shane Oliver weighs in on the topic in a recent note, noting Australia’s household debt is the highest in the world based on a percentage of disposable income – and still continues to rise.

Oliver says Australians’ growing love affair with debt makes the local economy vulnerable to changing economic conditions, but his overarching view is that things might not be as bad as they seem at first blush.

But could there be more to the conversation around the financial constraints of households than meets the eye?

New research by AMP Capital’s Fixed Income team raises the possibility that further assessment of borrowers’ living expenses and disposable income at the end of the day – in addition to banks’ traditional income assessment – provides a fuller picture of the financial vulnerabilities of Australian households to changing conditions.

The research, led by Andrea Jaehne, a Senior Credit Analyst, and Manroop Singh, a Portfolio Analyst, both within AMP Capital’s Global Fixed Income team, uses the Australian Bureau of Statistics latest Census data to map out where households are potentially at their most vulnerable.

Considering distribution of monthly household income alongside mortgage repayments gives new insight into bands where households are at their most constrained, Singh notes.

The Insight Paper, available to download here, also considers what if mortgagees in Australia were held to the same loan approval process as in some European countries, where a maximum loan amount is limited to a fixed percentage of the borrower’s disposable income – known as the “serviceability ratio” – typically around 33 per cent.

The paper finds serviceability ratios in Sydney’s western suburbs in particular are above the European benchmark on average and elevated amongst the more leveraged households elsewhere in Australia.

“Households are vulnerable at a time when mortgage rates are at record lows . Consider also that the nature of mortgages in Australia is variable and any increases in rates will only weaken the picture further,” Jaehne highlights.

While the paper concludes that Australia’s major banks are well positioned to handle the shocks associated with a possible unravelling associated with households in vulnerable positions, it notes that issues relating to vulnerable households could ultimately land on the shoulders of financial institutions outside of the regulated banking system.

The ability for financial institutions to measure household expenses – not just income – to get a better understanding relating to how much households have at the end of the day after paying fixed costs is limited, Jaehne highlights.

Incorporating expenditures into borrowing assessment capacity can give a more representative measure of serviceability and the strain households are likely facing beyond the headline debt ratios rolled out by the RBA and in the media, she says.