Bitcoin – is it really for you?

Some people may have made big money, but plenty of latecomers would have experienced dreadful losses.

If I could sum up the contents of my junk emails over the last 12 months in a single word it would be: Bitcoin. I can’t tell you how many unsolicited invitations I’ve received to start trading bitcoin. This alone is a concern but when heavy hitters like the International Monetary Fund (IMF) start calling out the risks of bitcoin, the warning bells should definitely start ringing. 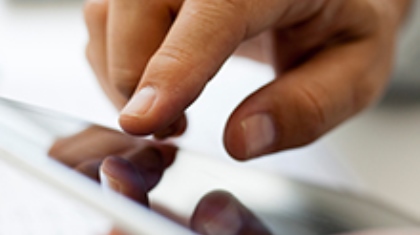 Bitcoin is one of many “cryptocurrencies” or digital currencies that aren’t backed by governments or banks. Instead it relies on a decentralised peer-to-peer network called a blockchain – a vast digital ledger that uses complex calculations to record all transactions made using bitcoin.

The technical details are complex. What’s much easier to grasp is the meteoric rise of bitcoin.

For many years you could buy bitcoin for the price of a restaurant meal. Then in 2016 it started to take off. By mid-December 2017 bitcoin had soared in value to $AUD25,410. And that’s where things headed south. In mid-January 2018 bitcoin’s value had tanked to $AUD12,893.

As so often happens in speculative markets, some people have made big money. But plenty of latecomers would have experienced dreadful losses.

Hindsight is always a wonderful thing. But one of the fundamental rules of investing is that big returns come with big risks. Another maxim for successful investing is to only invest in something you understand, and it’s a reasonable bet plenty of people don’t fully grasp how cryptocurrencies work.

The problem is, crooks do. A report by the University of Cambridge notes that 22% of bitcoin exchanges having experienced security breaches. The same report says less than half the cryptocurrency payment companies in the Asia-Pacific, Europe and Latin America hold a government license.

Yet despite all this, investors are still pouring money in, hoping to ride a second wave of gains.

Is bitcoin a good investment?

History is littered with the fallout from speculative markets, and the pattern is often similar – a steep rise in value fueled by investors coming on board late in the cycle for fear of missing out.

For my money, a good investment is backed by a quality asset – like shares in a successful company, a well-located investment property, or units in a managed fund run by a reputable team. There are plenty such investments to choose from, and your adviser can help narrow down the choice of what’s right for you.

As it stands, cryptocurrencies are largely unregulated, and without the backing of an underlying asset there is no real reason why their value should continue to rise other than demand from over-exuberant investors. If you do plan to invest in bitcoin, my advice is to only tip in money you can afford to lose.

Please contact us on |PHONE| if you seek further discussion or assistance .

Paul Clitheroe is a founding director of financial planning firm ipac, Chairman of the Australian Government Financial Literacy Board and chief commentator for Money Magazine.

This article provides general information and hasn’t taken your circumstances into account. It’s important to consider your particular circumstances before deciding what’s right for you. Although the information is from sources considered reliable, we do not guarantee that it is accurate or complete. You should not rely upon it and should seek qualified advice before making any investment decision. Except where liability under any statute cannot be excluded, we do not accept any liability (whether under contract, tort or otherwise) for any resulting loss or damage of the reader or any other person..