Published by Team Navigate Financial on May 14, 2018

Federal Treasurer Scott Morrison handed down his third Federal Budget. Among the proposed changes, he announced tax cuts and changes to super and social security.

Read on for a round-up of the proposals put forward and a look at how they might affect your household expenses and financial future, whatever your stage of life.

Remember, at the moment these are just proposals and could change as legislation passes through parliament. 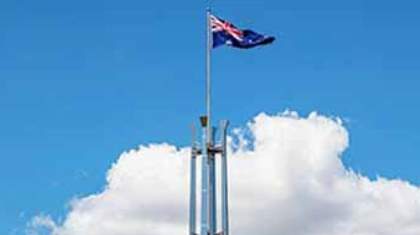 The government is proposing income tax cuts over seven years through a three-step process:

The tax benefits arising from the introduction of the LMITO will be received as a lump sum following lodgment of your tax return. This is in addition to the existing Low Income Tax Offset, currently a maximum of $445 for those earning up to $37,000. This offset is also proposed to increase to up to $645 from 1 July 2022.

2. From 1 July this year, the government is proposing to increase the top income threshold of the 32.5% tax bracket from the current $87,000 to $90,000. This change in threshold will give affected taxpayers a maximum tax reduction of $135 (which is in addition to the tax reduction they will receive under the LMITO).

The proposal in last year’s Budget to increase the Medicare levy from 2% of taxable income to 2.5% has been scrapped.

The government is also proposing an increase in the thresholds at which the Medicare levy becomes payable for low-income singles, families, and seniors and pensioners starting this financial year.

Currently, people aged 65 to 74 must work a minimum of 40 hours in a consecutive 30 day period in a financial year in order to contribute to their super.

From 1 July 2019 the government is proposing people with super balances of less than $300,000 will be able to make voluntary contributions to their super for a year following the financial year in which they last met the work test. The changes will give recent retirees additional flexibility to get their finances in order as they transition to retirement.

On 1 August 2020, Jason sells his share portfolio and wants to contribute the proceeds into his super. Under the current rules he doesn’t meet the work test in the 2020-21 financial year, so he can’t make any voluntary super contributions after 30 June 2020.

Changes to insurance within super

From 1 July 2019, the government is proposing to change taking out life insurance inside super to an opt-in basis for:

The changes are intended to ensure that the retirement savings of young people or those with low balances aren’t eroded by premiums on insurance policies they don’t need or aren’t aware of. It will also reduce the likelihood of having duplicate insurance cover in multiple funds.

The government is proposing to ban exit fees when people decide to leave a super fund from 1 July 2019. It’s also been proposed that a 3% annual cap be introduced on fees such as admin and investment fees for super accounts with balances of less than $6,000.

Opt-out of super guarantee contributions for some high income earners

High income earners earning more than $263,157 with multiple employers will be able to nominate that their wages from certain employers aren’t subject to super guarantee payments, under a proposal to be implemented from 1 July 2018.

This will help them avoid breaching the $25,000 concessional contributions cap as a result of compulsory super contributions made by their employers.

The Pension Loan Scheme is basically a reverse mortgage scheme administered by Centrelink, which allows those receiving a part Age Pension and those who aren’t receiving an Age Pension payment (because they’ve failed either the income or the assets test) to be paid a ‘top up’ loan to ensure they receive the equivalent of the full Age Pension amount.

The government is proposing expanding eligibility for the scheme to all Australians of Age Pension age, including those on the full Age Pension and self-funded retirees, from 1 July 2019.

Under the proposal, the maximum allowable combined Age Pension and scheme loan will be 150% of the full Age Pension rate.

Susan is a single age pensioner who currently receives the full Age Pension of $23,598 per year. Under the proposed changes, Susan can increase her annual payment to $35,397 which will include her $23,598 in Age Pension and a tax-free loan amount of $11,799, repayable when her property is sold.

The government is proposing to increase the work bonus for employees who have reached their Age Pension age to $300 per fortnight, up from $250 per fortnight, from 1 July 2019.

The work bonus allows employees to reduce the amount of employment income they have assessed under the income test for social security purposes.

It’s also proposing to extend eligibility for the work bonus to the self-employed. Currently, the work bonus is only available to employees (including those employed by their own company) but not to sole traders or partners in a partnership.

These proposals won’t apply to pooled lifetime income streams purchased before 1 July 2019, which will be subject to the current means test rules. Means testing of flexible account-based pensions and existing annuities won’t change under this measure.

The government is proposing the creation of an additional 14,000 high level home care packages for people who access aged care services in their homes over four years from 1 July 2018. In addition, an extra 13,500 residential aged care places will be released in the 2018-19 Aged Care Approvals Round.

Important
This article provides general information and hasn’t taken your circumstances into account. It’s important to consider your particular circumstances before deciding what’s right for you. Although the information is from sources considered reliable, we do not guarantee that it is accurate or complete. You should not rely upon it and should seek qualified advice before making any investment decision. Except where liability under any statute cannot be excluded, we do not accept any liability (whether under contract, tort or otherwise) for any resulting loss or damage of the reader or any other person.