Businesses that have succeeded for decades will become unseated by innovative start-ups and tech companies if they don’t adapt to rapid change. At AMP Capital, we looked at the potential impact driverless cars will have on insurers and the economy. 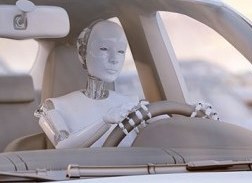 Disruption is proving to be a buzz word of 2016. Airbnb, Uber and Tesla have dominated the headlines and company boards have been taking trips to Silicon Valley to meet executives at tech darlings such as Twitter, Facebook and Google.

There is a sense that the world is spinning faster, ‘digital’ is driving rapid change, and businesses that have succeeded for decades may be unseated by innovative start-ups or simply become disintermediated if they do not adapt to this new digital world.

The analysis of disruption and other long-term industry drivers is an integral part of AMP Capital’s environmental, social and governance (ESG) research. In fact, in our detailed review of the Australian-listed insurance and diversified financial services sector, the risks and opportunities posed by driverless cars, the sharing economy, automation and blockchain feature heavily.

In contrast, traditional ESG research often focusses on the way in which particular companies manage ethical and governance risks and opportunities, skipping the social component of ESG research that can be a critical component of an investment decision.

The world is changing, and looking at the way in which insurers and diversified financials are positioning themselves for these changes can provide unique investment insights.

Perhaps the most significant long-term challenge for the insurance industry is the advent of driverless cars and the growth of the sharing economy.

These three questions crystallise the risks and opportunities for the mature motor insurance industry:

The reality is that car sharing is already occurring and the technology for driverless cars largely exists although cars are not fully autonomous just yet. In fact, driverless cars aren’t as Jetson-like in character as most of us would assume. They are simply cars that use sensors, cameras, GPS technology and short-range radio communications to talk to each other as well as the roads and infrastructure. They then use that information to drive the car automatically.

Some are forecasting that fully autonomous cars will be on the road in Australia by 2025. Others say autonomous cars will not be mainstream until 2040. But of course, the speed and extent of adoption of both trends depends on a range of factors, not just technology, and there are natural inhibitors to both forms of disruption that need to be considered when assessing the potential impact. The potential impact, however, is large.

The impact on insurers

Irrespective of if or when the tipping point occurs, there are a number of short and medium-term impacts for insurers as the technology that underpins driverless cars, such as auto-braking systems and laneway departure warning systems, appears in new cars. In the short to medium term, it is thought that claims costs will reduce because semi-automated cars will significantly reduce the number of accidents on roads. According to Bank of America Merrill Lynch, collision claims account for about 80 per cent of the total claims cost on the average comprehensive motor policy in Australia and about 54 per cent of motor vehicle premiums.

This suggests that, if automation technology reduces car collisions to the extent expected, motor premiums may fall by up to 50 per cent without impacting insurers’ margins. This neatly demonstrates disruption in action: it can bring opportunities as well as challenges.

The sharing economy is likely to be impacting insurers at the same time, with some researchers saying that ‘peak car ownership’ has already passed, thanks to Uber and cheap car rental services like GoGet in urban centres. According to KPMG, owning a car in the US today costs about US82 cents per mile travelled, on average, while the cost of a shared car costs about US44 cents per mile, on average.

Disruption aside, AMP Capital’s ESG research demonstrates there is a strong positive correlation between the way companies manage short, medium and long-term ESG risks and opportunities and their investment performance.

Underperformance of good ESG companies on this timeframe appears due to the global financial crisis and high share prices in 2009 in the lead-up to the global contagion.

The outperformance of ESG stocks over most periods demonstrates the value in considering the way in which companies are managing short and long-term ESG issues when making investment decisions.