At its meeting today, the Board decided to lower the cash rate by 25 basis points to 0.75 per cent. 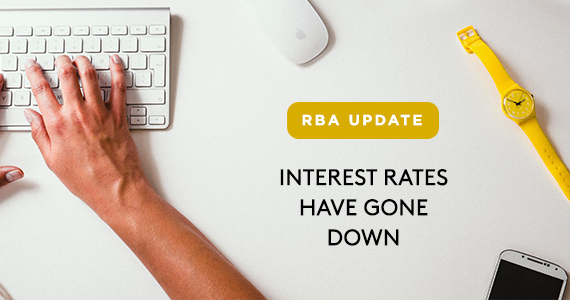 While the outlook for the global economy remains reasonable, the risks are tilted to the downside. The US–China trade and technology disputes are affecting international trade flows and investment as businesses scale back spending plans because of the increased uncertainty. At the same time, in most advanced economies, unemployment rates are low and wages growth has picked up, although inflation remains low. In China, the authorities have taken further steps to support the economy, while continuing to address risks in the financial system.

Interest rates are very low around the world and further monetary easing is widely expected, as central banks respond to the persistent downside risks to the global economy and subdued inflation. Long-term government bond yields are around record lows in many countries, including Australia. Borrowing rates for both businesses and households are also at historically low levels. The Australian dollar is at its lowest level of recent times.

The Australian economy expanded by 1.4 per cent over the year to the June quarter, which was a weaker-than-expected outcome. A gentle turning point, however, appears to have been reached with economic growth a little higher over the first half of this year than over the second half of 2018. The low level of interest rates, recent tax cuts, ongoing spending on infrastructure, signs of stabilisation in some established housing markets and a brighter outlook for the resources sector should all support growth. The main domestic uncertainty continues to be the outlook for consumption, with the sustained period of only modest increases in household disposable income continuing to weigh on consumer spending.

Employment has continued to grow strongly and labour force participation is at a record high. The unemployment rate has, however, remained steady at around 5¼ per cent over recent months. Forward-looking indicators of labour demand indicate that employment growth is likely to slow from its recent fast rate. Wages growth remains subdued and there is little upward pressure at present, with increased labour demand being met by more supply. Caps on wages growth are also affecting public-sector pay outcomes across the country. A further gradual lift in wages growth would be a welcome development. Taken together, recent outcomes suggest that the Australian economy can sustain lower rates of unemployment and underemployment.

There are further signs of a turnaround in established housing markets, especially in Sydney and Melbourne. In contrast, new dwelling activity has weakened and growth in housing credit remains low. Demand for credit by investors is subdued and credit conditions, especially for small and medium-sized businesses, remain tight. Mortgage rates are at record lows and there is strong competition for borrowers of high credit quality.

It is reasonable to expect that an extended period of low interest rates will be required in Australia to reach full employment and achieve the inflation target. The Board will continue to monitor developments, including in the labour market, and is prepared to ease monetary policy further if needed to support sustainable growth in the economy, full employment and the achievement of the inflation target over time.

At its meeting today, the Board decided to leave the cash rate unchanged at 0.75 per cent. The outlook for the global economy remains reasonable. While the risks are still tilted to the downside, some of these Read more…

Not all bonds are created equal: market risks and other considerations

In today's environment of low interest rates, many investors are chasing income by moving into lower-quality high-yield bonds, but are they ignoring the downside risks? While an overweight to high-yield credit may be an efficient Read more…

There are mechanisms to maximise returns in this lower-for-longer environment, and a green alpha strategy in real estate investment is one option on the table. Against a global backdrop of lower interest rates, falling government Read more…