Australians have one of the highest life expectancies in the world and forecasts show that’s only going to increase over the next four decades1. 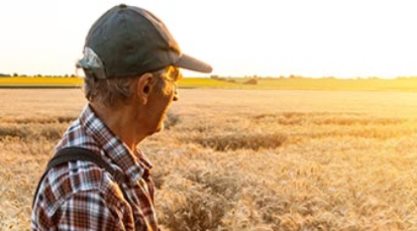 To put it into perspective, around 40 years ago, the number of Australians over age 85 was 80,000 and in about another 40 years that number is projected to reach around two million2.

While longer life may be welcome news to many, it does raise questions about how people will fund a longer retirement, particularly one that could potentially span 25 years or more.

Longer retirements come at a cost

Increased life expectancy does mean more time to pursue things you’re passionate about, but the catch is, more years in retirement will come with a price tag.

On top of that, research indicates numerous Australians will not have the funds to live comfortably in the years after they’ve finished working3, which is why you may need to consider working for longer to boost your retirement savings.

Meanwhile, if you’re pinning your hopes on living off the Age Pension—that’s if you’re eligible for it—keep in mind the government has proposed increasing the eligibility age to 70 by 20354. And, the money you’ll receive from it will reportedly cover less than a modest lifestyle5.

Considering your health in your later years

Another factor to consider isn’t just working for longer, it’s whether you’ll be healthy enough to keep working for as long as you want or need to.

Health is a key factor when it comes to workforce participation for mature-aged workers, and subsequently in your ability to accumulate super and private savings to fund your retirement.

Research shows the key issue for Australians is that between 60 and 70 years of age, the proportion of people reporting fair or poor health increases, with predictions that by 2035, one in four men and one in five women in their 60s will have poor or at best, fair health6.

More people remain in the workforce

Figures released this year revealed fewer people were retired in comparison to years gone by and that retirement was not necessarily a one-time event, with many people returning to the workforce7.

Given Australians across the board are likely to enjoy greater life expectancy into the future, it’s worth giving some thought to your retirement plans ahead of exiting the workforce so that you’re prepared.

The type of retirement lifestyle you’d like to lead, whether you’ll have the funds to pay for it, how healthy you are, and how long you could live, are all considerations.