Moving interstate? The cost of living in a new Australian city could surprise you

Published by Team Navigate Financial on May 20, 2019

If you’re relocating to a new city, it’s a good idea to do your homework about living costs…particularly if it’s Sydney.

When you’re moving interstate it’s natural to focus on the costs and logistics of the actual move—removalists, storage, rental bonds.

But what about the costs of living in a new city?

It’s important to crunch the numbers beforehand to avoid any nasty surprises, particularly if you’re heading to Sydney.

One of our former prime ministers famously said that if you don’t live in Sydney you’re just camping out.

And whether you believe Paul Keating or not, it’s fair to say that the harbour city’s popularity comes at a price. 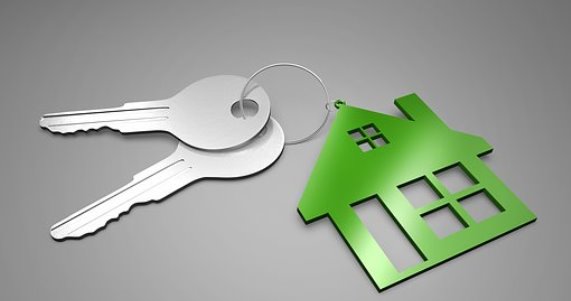 A tale of two cities

Natalija and Melissa recently moved in opposite directions along the Hume. Here are their first impressions of their new homes.

Natalija moved from Sydney to Melbourne

…and Melissa moved from Melbourne to Sydney…

6 living costs that vary around Australia

Here are some things that could be more expensive (or cheaper) in your new city, whether you’re thinking of joining Melissa and five million other Sydneysiders or Natalija and the 20 million other Australians just camping out.

As a general rule if you’re leaving Sydney you’ll save money—for example, consumer prices are 13.24% lower in Brisbane than in Sydney1.

But economies of scale mean that if you’re moving to a more remote or smaller city you could find yourself paying more for the basics. So anyone moving from Sydney to Darwin or Hobart would be pleasantly surprised by housing and transport costs but not as excited by the fact they could be paying a little more for the weekly grocery shop2.

And if you’re moving to a bigger city it could all depend on where you’re based. If you’re in an inner-suburban apartment you might have limited choice with grocery shopping. If you’re in an outer suburb you may have bigger—and cheaper—supermarkets nearby.

Clothes are another matter. If you’ve been living in subtropical Queensland and you’re moving south, you might need to adjust to a very different weather, as well as a whole new wardrobe.

In Melbourne you’ll need an outfit for every season—often in the same day. In Townsville on the other hand you could save money…just stock up on thongs and singlets and you should be right.

2. Eating out and socialising

Eating out in your new city could set you back more than you bargain for.

For anyone moving north from Sydney or Melbourne, a three-course meal for two at a mid-range restaurant is cheaper in the Gold Coast ($70) and even cheaper in Darwin ($65).

But a McMeal is a bit more in the Top End—$12 at Maccas compared with $10 in most of the rest of Australia4.

Your monthly pass on public transport is another cost of living that varies widely across Australia—$99 in Adelaide, $130.43 in Perth, $140 in Brisbane, $147 in Melbourne and…wait for it…$217.39 in Sydney. So perhaps follow Melissa’s advice and stick with Sunday travel if you’re in Sydney!

And of course, public transport can vary widely depending on where you live in a particular city, both in terms of cost and comfort. A short ferry ride from the north shore to Circular Quay in Sydney is a very different commuting experience to the train from Parramatta. Equally, if you’re moving to a regional or more remote capital city you may find you need to rely on the car more as public transport can be patchy at best and non-existent at worst.

In terms of our state capitals, no prizes for guessing that Sydney is the more expensive state capital with a median weekly rent of $583. The most affordable? Adelaide just beats Perth, with the average apartment in the city of churches costing you $375 a week5.

It won’t surprise anyone to know that Sydney tops the charts when it comes to buying a house, with a median house price of $1,027,962 for the March 2019 quarter. For anyone prepared to camp out, head to Tassie where a house in Hobart will set you back $478,2476.

6. Sending the kids to school

For anyone with school-age kids, education options are going to be at the top of your list when you decide to move. So it’s important to do your research on how things work in your new city. New Melbournians might be surprised to find that the Victorian capital has a very distinct split between public and private schools, with very few selective schools compared to Sydney.

If you’re set on educating the kids privately through high school then costs can vary widely, from $373,421 in Darwin to $543,334 (yes, Sydney again). Parents of kids at Catholic schools get the best deal in Canberra and the most expensive in Brisbane. And even government school costs vary considerably, from nearly $70,000 in Sydney and Melbourne to less than $50,000 in Adelaide and Hobart7.

Moving cities isn’t just about money. It’s about setting up a whole new life in a whole new place. Ask yourself some questions about how you’ll go in a new environment.

If you’re planning a move, check out this great cost of living comparison tool.