Household debt in Australia is high but more of us are taking a sensible approach to debt management.

Nationally, our household debt ratio is nudging 200%. On paper it means we owe twice as much in debt as we bring home in our pay packets each year. It sounds like an alarming figure but as 74% of all households have some level of debt, the reality is that some of us owe more, others less. 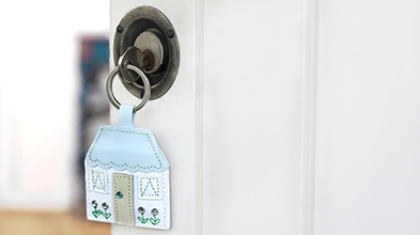 The question is, is debt a problem?

The answer lies in the make-up of your personal debts. Given today’s high property prices, it’s not surprising that home loans often account for the bulk of personal debt. But this is what I call ‘good’ debt because generally your loan will be whittled away over time while the value of your home may steadily rise.

In fact, the gradual uptick in home values, while not consistent from year to year, is a long-term trend. A study by the Bank of International Settlements found Australian home values have risen 6,550% since the early 1960s. In 1983, when my wife Vicki and I purchased our first home – a semi on Sydney’s lower north shore, the place cost of us $90,000. Today the same property (we’ve since moved on) would be worth close to $2.2 million.

If you can handle your repayments and you’re confident you’re getting a good deal on your home loan, this type of debt may not be a problem.

In addition, data from banking watchdog the Australian Prudential Regulation Authority shows Australians are taking a more cautious approach to borrowing. In the past quarter, just 21% of new home loans involved a deposit of less than 20%. Ten years ago, that figure was closer to 37%. Stumping up a bigger deposit is a smart move. It could mean lower repayments, more home equity and extra wiggle room if interest rates rise further down the track.

Comparison site Finder says debit card spending is tipped to hit $27.6 billion in August 2018, with credit card spending trailing behind at $27.5 billion. It could be an important tipping point where we rely less on high-interest debt and more on our own money to make regular purchases. And that’s a good thing.

Sure, some Australians are experiencing financial stress, and it can be an extremely challenging position to find yourself in. If that sounds like you, it’s critical to seek expert advice early.

Interestingly though, Reserve Bank data shows the most financially stressed households are not home owners with a mortgage, but rather low-income earners facing high rents.

The upshot is that it always makes sense to monitor your debt levels, so think carefully about taking on extra debt, and take early action if repayments look like they’re becoming a problem. However, if you are comfortable with good debt, and aim to minimise bad debt like credit card balances, you’re heading in the right direction.

Contact us on |PHONE| about the best way to manage debt for your personal circumstances.

Paul Clitheroe is a founding director of financial planning firm ipac, Chairman of the Australian Government Financial Literacy Board and chief commentator for Money Magazine.