Published by Team Navigate Financial on May 12, 2017 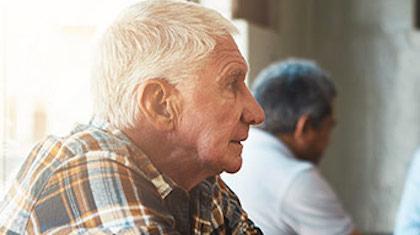 While the implications of housing affordability is often acknowledged when it comes to younger Australians, the repercussions it’s having on pre and post-retirees also requires attention.

According to figures published last month, couples living in rental accommodation in Australian capital cities need over $1 million in super to live a comfortable lifestyle in retirement. And, that’s assuming they’re relatively healthy, with serious illness or disability making the situation more challenging.1

We check out the figures, which were released by the Association of Superannuation Funds of Australia (ASFA), and what research indicates when it comes to the future for retirees.

What is considered a ‘comfortable’ lifestyle?

According to ASFA, a ‘comfortable’ lifestyle means someone can afford a good standard of living, be involved in a broad range of leisure and recreational activities, and travel domestically and occasionally internationally.2

Someone living a ‘modest’ lifestyle on the other hand, would only be able to afford fairly basic activities, however this would be better than living on the government’s Age Pension alone.3

The Australian Institute of Superannuation Trustees (AIST) said last month that if current trends around housing affordability continued, a lot more people would have to rely on rental accommodation or retire with money still owing on their home loan.5

The group also pointed to many retirees being likely to use some, if not all, of their super to pay off outstanding home loan debt, which would lead to more people having to rely on the government’s Age Pension in retirement.6

Where to go for help

It’s important to note that changes to super come into effect on 1 July 2017. See how the changes could impact you and what opportunities you might take advantage of if you act beforehand.

For more information about retirement and superannuation contact us on |PHONE|.

This article provides general information and hasn’t taken your circumstances into account. It’s important to consider your particular circumstances before deciding what’s right for you. Although the information is from sources considered reliable, we do not guarantee that it is accurate or complete. You should not rely upon it and should seek qualified advice before making any investment decision. Except where liability under any statute cannot be excluded, we do not accept any liability (whether under contract, tort or otherwise) for any resulting loss or damage of the reader or any other person