The property market outlook for 2017 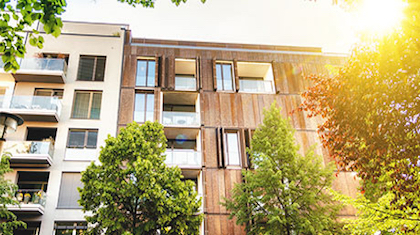 In this article, we speak to Dr Shane Oliver, AMP Capital’s Chief Economist and Head of Investment Strategy, to seek his insights on how the Australian property market has performed over the last year and what opportunities lay ahead for 2017.

Q: It’s been a rollercoaster of a year for global investors with events like Brexit, Italy saying ‘No’ to Senate reforms and the unexpected US election outcome. How have these events impacted on the Australian property market in 2016? And what local factors have affected the housing market?

A: Globally, events such as Brexit, have had a positive effect on the Australian property market to the extent that interest rates remained lower than may otherwise have been the case, but the impact has been marginal. However, recently, fixed rates, some home loan interest-only rates and investor loan rates have risen ─ partly due to optimism that Donald Trump’s election as President of the US will ultimately lead to a stronger US, and global growth.

At a local level, the property market was affected in early 2016 by APRA’s (Australian Prudential Regulatory Authority) 2015 tightening of lending standards for banks, which resulted in the number of loans to property investors being reduced.

That was offset by the interest rate cuts in May and August that saw the property markets in Sydney and Melbourne heat up again supported by relative economic strength in those two cities. People felt they could buy property because they had confidence that they would still have a job due to lower unemployment figures.

However, in Perth and Darwin, the end of the mining investment boom continued to have an impact, weighing heavily on property investment. Other cities were generally in between these extremes.

Q: You’ve recently stated there will be an oversupply of apartments in 2017-18 in certain areas, given apartment building approvals are running at more than double normal rates. Could the next couple of years provide a good opportunity for savvy investors to scoop up a bargain-priced apartment?

A: The potential is certainly there when those apartments do come onto the market. We’re currently seeing price weakness in apartments in Melbourne, which I expect will extend to Sydney, Brisbane and Perth over the next year or so. So there will be bargains to be had as the cranes come down and the apartments come onto the market, especially in the inner city areas of Sydney and Melbourne.

Q:  The housing market in Sydney and Melbourne has soared over the last few years with Sydney house prices now averaging over $1 million. How long do you think these spiralling prices will continue and how will the other capital cities and regions fare in the property stakes this year?

A: Sydney and Melbourne are at the greatest risk, once they start to come off the boil. Apartments in areas of high supply are most at risk and could fall by around 15-20% into 2018. Price gains in houses are likely to slow in 2017 with falls of around 5-10% likely into 2018 in Sydney and Melbourne.

These price drops need to be seen in the context of average price gains of around 60% in Sydney and 40% in Melbourne over the past four years or so. Home prices in Perth and Darwin may start to bottom in 2017 and moderate house price gains are likely in other capital cities, although apartment prices are also vulnerable in Perth and Brisbane.

Q: Home loan interest rates have been low for some time. If the property market starts to slow down in 2017, how do you think the Reserve Bank of Australia (RBA) will respond?

A: I think it’s too early for the RBA to start thinking about increasing interest rates just yet, as growth is sub-par and inflation is way below target. As such, it’s more likely that the RBA will cut the cash rate in the first half of 2017 rather than hike interest rates.

But given rising funding costs faced by the banks (owing to higher global bond yields) and if the RBA moves the cash rate down in the first half, the banks may not reduce owner-occupier variable rates by the full amount. Any fall in investor rates may just offset recent increases.

In short, we don’t expect much change in the rates borrowers pay in 2017. By contrast, rates could start to rise more generally in 2018 as global growth improves and inflationary pressures pick up and this flows through to Australia.

Q: What opportunities are there for home buyers and property investors in 2017?

A: Have patience – as prices start to slow and in some cases fall, you’re more likely to get a bargain. But this will also depend on whether, and when, general interest rates increase. You’ll need to weigh up all of these factors before you decide to buy into property – whether you’re an owner-occupier or an investor.

People put too much stock in whether interest rates are going up or coming down. You are better off assuming some sort of average over the term of the home loan and try to time your purchase when prices are low rather than high. Often the best opportunities are found when interest rates are higher and rising.