Investors around the world take environment, social and governance (ESG) issues into account when deciding where to invest, how to invest and how to measure returns.The ESG issues most likely to come under the microscope this year include some old favourites and a few new ones. 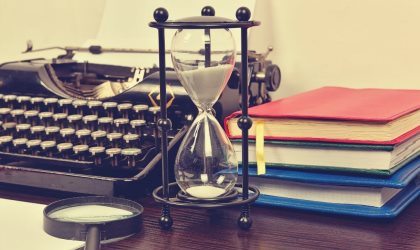 Three years after the Paris Agreement promised to cap global temperature rises to below two degrees celsius, there is little agreement among governments on how or what to do to lower carbon emissions

Nevertheless, businesses have started investing for a lower carbon economy and investors are calculating how exposed their investments are to changes in global temperatures. The investment risks can be grouped into four key categories:

These risks are not clear-cut or easy to measure but investors in 2019 are asking companies to set goals around a transition to a renewables economy.

Following the Financial Services Royal Commission, investors are focusing more on issues at the core of the Commission: culture, remuneration and enforcement activities by the regulators.

Investors will consider processes and culture, especially where sales and profit targets rank against customers' best interests. Attention is placed on regulators enforcing breaches of the law through the courts, which may impact companies' profits and potentially their business activities.

3. The ethics of investing in social media

Social media users are typically happy to provide their personal information in exchange for free use of a platform. They provide this information assuming it will be handled and used in ways they expect. Trust is key. If user data is sold, stolen or mishandled, consumers question the safety of their information, undermining the social media companies’ business models.

The way social media companies respond in 2019 to laws and regulations being passed by governments to deal with privacy and the protection of users’ data will be critical to the success of the companies.

Most popular social networks, January 2019, ranked by number of active users (in millions).

Most Australians have access to affordable medicine, thanks to the pharmaceutical benefits scheme. Residents of many other countries, both rich and poor, are not so fortunate.
Some investors have been supporting a right of access to medicine for many years. AMP Capital signed the Investor Statement on Access to Medicine in 2016, an initiative that ranks global pharmaceutical companies on their efforts to balance profit with purpose, acknowledging the tension between affordable access to medicine, the need to cover expensive research and development costs, and a financial return to shareholders.

Impact investing, whereby an investor looks for a social return as well as a financial return, is growing rapidly in Australia. The size of the local market more than quadrupled between June 2015 and December 2017, mostly in green bonds.

The global market for impact investing is now worth around US$228 billion in assets under management. The majority is invested in food and agriculture, financial services and energy.

Many projects are in emerging markets including Asia and Africa. But there are a growing number closer to home. The next frontier in Australia is set to include affordable housing.


Palm oil is the most commonly used vegetable oil in the world because it has a long shelf life, can be used in everything from detergent to chocolate, and is higher yielding than most other oils. It is also the most controversial because it is produced in tropical rainforests and has led to some significant rainforest and biodiversity destruction in Asia.

Deforestation has led to a range of negative environmental impacts: carbon dioxide emissions, loss of pristine forests, soil erosion, air pollution, loss of habitat for animals including the orangutan, elephants, rhinos and tigers.
While some global initiatives have been put in place, challenges remain and investors are responding. They have started calling for better auditing and tracing of palm oil right back to the plantation.

7. The war on plastic


In 2018, waste became a key environmental issue for Australians. China stopped taking our recycling leading to huge stockpiles in warehouses all over the country. Around the same time, our largest supermarkets – Woolworths and Coles – banned single-use plastic bags.

In response, businesses and investors are now talking about the circular economy – that is, a system without waste and pollution where materials are used and reused.

There have been some exciting initiatives. In 2017, Apple issued a green bond to fund the research and development of recyclable material for its iPhones. Coca Cola has committed to collecting and recycling the equivalent of all its packaging by 2030 and McDonald’s claims that all of its packaging will come from sustainable sources by 2025.


Six years ago, the treatment of workers in clothing factories in Asia was exposed when a factory in Bangladesh burned down, killing 1,100 garment workers. Encouraging progress has been made on worker rights and safety in the country since then, partly as a result of investor engagement. But there is much more work to be done.

Workers are still not paid enough to live above the poverty line and there are many barriers to union representation and collective bargaining. 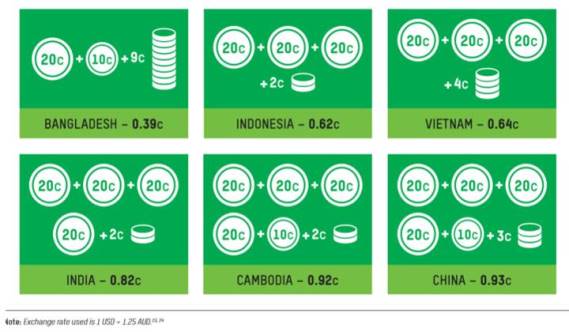 Source: Oxfam Australia, “What She Makes. Power and Poverty in the Fashion Industry.” October 2017.

The Australian government took an important step last year by introducing a Modern Slavery Act which effectively forces large Australian businesses to understand the risk of slavery in their operations and supply chains. We expect even more attention on the treatment of the world's factory workers in 2019.

Cocoa production is labour intensive. Farm wages are low and the use of child labour is widespread. More than two million children are estimated to work on farms in West African countries Côte d’Ivoire and Ghana, the two countries that account for almost 70% of cocoa production worldwide.
Chocolate producers first started committing to take steps to combat child labour in 2001 and in 2010 committed to reduce the worst forms of child labour by 70 per cent by 20209.
Our Responsible Investment Leaders funds have joined a global investor initiative, alongside investors that have been working with Nestlé, Mondelez, Hershey’s, Lindt & Sprungeli, and Cargill to identify and remediate cases of child labour.

10. Antibiotics in our food supply

This year, antibiotic resistance is estimated to claim about 50,000 lives in the US and another 50,000 lives in Europe. The numbers are much higher in developing countries with high rates of malaria, HIV or tuberculosis.
By 2050, it is estimated that 10 million people globally may die every year because of antibiotic resistance. This exceeds the number of people who currently die from cancer every year.
The potential health and economic impacts are enormous and likely to be key public health issues and a focus for ESG investors in 2019. We expect investors will increase their levels of engagement with companies in the food and agricultural industries, calling for better disclosure and the reduction, or in some cases abolition, of antibiotics use in farming and food production.

The relevance of ESG issues has never been greater. Investors want data on, and progress around, some of the biggest ESG challenges. Get ready to hear much more about it throughout 2019.

Important note: AMP Capital Funds Management Limited (ABN 15 159 557 721, AFSL 426455) (AMPCFM) is the responsible entity of the Responsible Investment Leaders Fund (Fund) and the issuer of the units in the Fund. To invest in the Fund, investors will need to obtain the current Product Disclosure Statement (PDS) from AMP Capital Investors Limited (ABN 59 001 777 591, AFSL 232 497) (AMP Capital). The PDS contains important information about investing in the Fund and it is important that investors read the PDS before making a decision about whether to acquire or continue to hold or dispose of units in the Fund. Neither AMP Capital, AMPCFM nor any other company in the AMP Group guarantees the repayment of capital or the performance of any product or any particular rate of return referred to in this document. Past performance is not a reliable indicator of future performance.