Vehicle Automation – the long road ahead

A year ago, we published a paper on the challenges of transitioning to autonomous vehicles. It focused not just on the technology required, but also on the infrastructure challenges it presented – such as the need for large investments and tough socio-political choices – in order to facilitate widespread adoption. 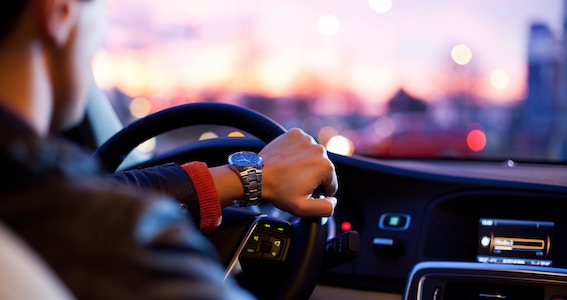 We have come across a number of interesting anecdotes of late, which highlight the continued infrastructure challenges related to this mega-trend.

1. Transurban recently released videos from the various autonomous vehicle trials it conducted, which demonstrate that camera technology is still prone to basic errors, including line-following issues and being confused by scuff marks on roads. In general, the road furniture (signs, markings) in Australia is better than elsewhere in the world, but there is still much room for improvement. The results can be seen here.

2. A persistent issue among politicians is how to bridge the revenue shortfall from gasoline that will inevitably occur with widespread adoption of electric vehicles.

In Europe, for example, fuel taxes currently comprise, in aggregate, 3.2 per cent1 of total tax income for governments (and as high as 7 per cent in some countries), so there is a sizeable amount of tax revenue at risk from electric vehicle adoption. In Illinois, there’s been furore around proposals that electric vehicle owners (who benefit from extensive subsidies), should pay for the shortfall in gas tax revenue, at a higher level than existing gasoline cars are asked to pay.

This tax conundrum has raised its head at several forums we have attended on autonomous vehicles. We’ll be sure to provide an update when we hear a workable solution.

3. Bank of America Merrill Lynch analysts recently halved their estimate of the penetration of electric vehicles in 2030 from 30 per cent to 15 per cent2  of vehicle sales. This is largely due to an expectation that cost parity between electric and gasoline vehicles will take longer than initially thought. China has also recently announced it is to cut subsidies available to electric vehicle purchasers by around 50 per cent, which could put further pressure on the rate of adoption in a market which is moving faster than most.

Are there other impacts?

For toll road operators, the likely impact of autonomous vehicles may be quite varied, depending on the type of road and the length of concession. For inter-urban roads, autonomous vehicles could increase demand, while intra-urban roads could see reduced demand from multiple vehicle occupancy and lower congestion.

In either case, we believe this is only likely to have a meaningful impact on the present value of cash flows in the concession from the mid-2030s onwards. During this timeframe all major listed European concessions will have already expired and have been retendered (allowing owners to price-in this risk).

For newer concessions, such as Westconnex, the long remaining life of the asset means that Transurban managers have needed to ‘take a view’ on the likely impacts at the time of the bid – not an enviable task.

However, we believe the largest issue in getting autonomous vehicles on the road will be the social impact. It will inevitably favour urban citizens over rural and those with high disposable incomes versus low, which are exactly the types of trends society is pushing back against today.

If governments decide to tax their way to paying for the required infrastructure rather than following a fully-allocated ‘user pays’ model (on which we believe the unit cost economics barely reach what public transport can already be delivered for today), autonomous vehicles could simply be a tool to further push on social pressure points.

Content sourced from Cuffelinks and Livewire does not represent the views of AMP Capital or any member of the AMP Group. All information on this website is subject to change without notice.