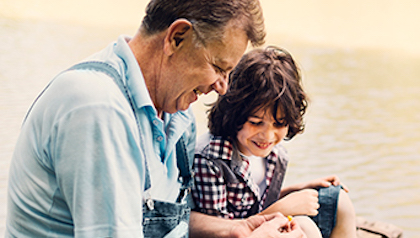 When the word retirement is mentioned in everyday discourse it's often associated with numbers. The amount you'll need to retire. The age at which you'll stop working. The tax you'll incur as you draw on your super. But what these numerical references neglect is the psychological dimension.

As someone who's decades away from retirement, I can't talk about my personal experiences (there are none) or expectations (what retirement?). I'll instead just refer to fresh research that explores the non-financial aspects, which are arguably as important as the financial.

But first let's go to a story broadcast on 60 Minutes a few years ago. Journalist Liz Hayes travelled to the Greek island of Ikaria – "a magical place where people live longer than anyone else on the planet. They also have lower rates of cancer and heart disease and almost no dementia."

So what makes the inhabitants live so long (approximately 10 years longer than the rest of us) and so well? Is it the food? Is it the wine? Is it the island's beauty? One local thinks it's her love of Pepsi. Another attests it's infrequent sex. A 100-year-old credits a hard life working on rocky hillsides.

One of the scientists provides a more reasoned explanation: "[Retirees] are useful in the community until the very end … you must have purpose in your life." In other words, it appears as though the Ikarians' longevity is due to the fact their elderly are made to feel as though they matter. A younger resident describes it like this: "Nobody feels useless. And nobody is left alone."

The concept of mattering in old age has been emphasised in this month's edition of the American Psychologist journal. The scholars refer to it as 'psychological security'. It's derived from activities such as volunteering, part-time work, community involvement and caregiving.

The problem, however, is that "there is a gap between what older adults want and need and what employers and policymakers are offering". That gap is exacerbated by inflexible bosses, ageist attitudes and outdated social norms.

Inflexible bosses are those who won't create adaptive work environments or provide quality jobs at hours that suit their employees' lifestyles. Ageist attitudes are those that overvalue youth and energy and undervalue older workers' experience and knowledge. Outdated social norms are those that insist the age of 65 is the point at which people reach their use-by date.

The researchers suggest there are three questions pre-retirees should ask themselves if they want to matter:

On answering those questions, they're better placed to craft their ideal retirement even when confronted by antiquated obstructionists.

The critical need to continue mattering has also been elaborated on extensively in the latest issue of the Journal of Vocational Behavior. The two studies conducted by the researchers are linked by one element that seems to be at the core of mattering, namely: relationships.

The Ikarians' longevity is due to the fact their elderly are made to feel as though they matter.

Now, for the final word, let's go to Leo Rosten, the American writer who penned a wonderful essay in the 1960s titled The Myths By Which We Live. He argued provocatively that crime does pay, that you shouldn't always tell the truth, that every problem doesn't have a solution, and that the purpose of life isn't necessarily to be happy:

"It is to be useful, to be honourable. It is to be compassionate. It is to matter, to have it make some difference that you lived."

What do you think? Is there more to retirement than your bank balance?

If you would like to discuss, please call us on |PHONE| or email |STAFFEMAIL|.

This provides general information and hasn’t taken your circumstances into account.  It’s important to consider your particular circumstances before deciding what’s right for you. Although the information is from sources considered reliable, we do not guarantee that it is accurate or complete. You should not rely upon it and should seek qualified advice before making any investment decision. Except where liability under any statute cannot be excluded, we do not accept any liability (whether under contract, tort or otherwise) for any resulting loss or damage of the reader or any other person.