What happened to all the worries about rising inflation and bond yields? Goldilocks, tariffs, Turkey and other things 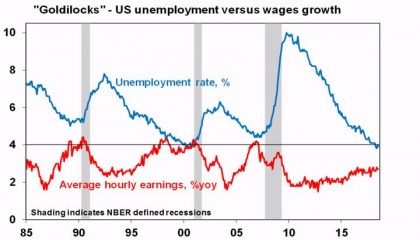 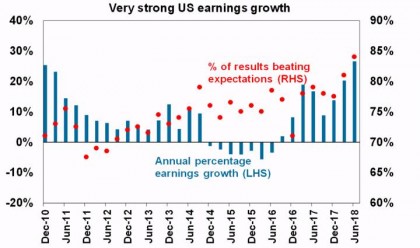 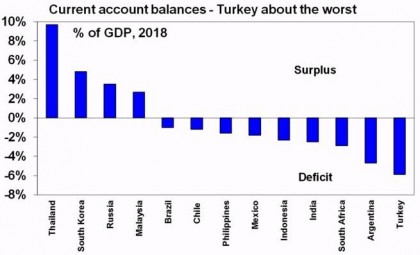 Implications – another extension to the cycle?

These considerations have combined to help fade the inflation/Fed tightening fears of earlier this year with the result that bond yields have been contained and most share markets have been able to recover from their February inflation-scare lows. In some ways it’s more of the same because the whole post global financial crisis (GFC) experience has been one of two or three steps forward towards stronger global growth followed by one or two steps back (with eg the Eurozone debt crisis, the 2015 growth scare and various deflation fears along the way). What we have seen this year is effectively a continuation of that.

By delaying or slowing monetary tightening this has all helped extend the economic and investment cycle. The implications have been:

With global monetary conditions remaining easy and US recession warning indicators still not flashing red (although the yield curve is worth keeping an eye on) our assessment remains that the investment cycle has more upside and that a US recession remains a way off yet. However, the main risks around this relate to the threat of a global trade war should the tariff threat from the US continue to escalate.

But should we still worry about inflation?

However, while the investment cycle has been extended it would be wrong for investors to dismiss the inflation threat – particularly in relation to the US:

As a result, we remain of the view that (absent a full-blown global trade war) the drip feed of Fed rates hikes will continue well into next year, that the 35 year bull market in bonds that began in the early 1980s is over and that the risks to US and by implication global bond yields into next year are still on the upside. This suggests investors need to be a little more wary of yield-sensitive globally-exposed investments that don’t offer inflation protection (like inflation-linked bonds do and the potential for rising rents do in the case of commercial property and infrastructure) than was the case a few years ago when there was still plenty of spare capacity in the US. Ongoing Fed rate hikes also point to ongoing upwards pressure on the US dollar which in turn suggests that investors should remain cautious in relation to emerging market shares.

The upside risks for bond yields is less in Australia given much higher unemployment and underemployment and that the RBA is likely to remain well behind the US in raising interest rates. With the Fed hiking and the RBA holding, this is all consistent with ongoing downwards pressure on the Australian dollar which we still see falling to around $US0.70, having recently broken below $US0.73.