“High house-hold debt is Australia’s Achilles heel,” says AMP Capital Head of Investment Strategy and Economics and Chief Economist, Shane Oliver. “I’ve been thinking this for many years now and yet it seems to keep going higher.” 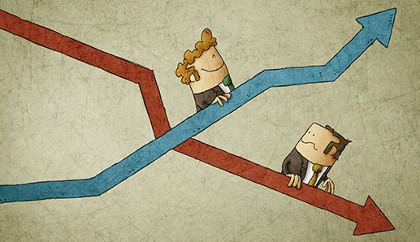 Latest data from the Australian Bureau of Statistics puts total household liabilities at $2.466 trillion, or 199.7 percent of disposable income, putting it among the highest in the world.

Australians have been borrowing money to keep apace of record high property prices in markets such as Sydney, which has enjoyed several years of double-digit percent price gains, and Melbourne.

“We’ve seen roughly a four-fold increase in the value of household debt relative to income over the past 30 years,” says Oliver. “That obviously leaves Australian households vulnerable if interest rates rise or unemployment goes up.”

While AMP Capital does expect the Reserve Bank of Australia to raise rates from their historic lows later this year, Oliver does not believe it will be enough to cause already easing property prices in Sydney and Melbourne to slump.

The markets are predicting the RBA will raise the official cash rate off the record low 1.5 per cent level in late 2018. AMP Capital doesn’t believe this will happen before November.

“The bottom-line is in the absence of much higher interest rates or much higher unemployment – both of which seem unlikely, it’s hard to see a crash in the Australian property market, but it’s certainly an issue worth keeping an eye on, given the high level of household debt,” Oliver says.

If households did have trouble servicing debts, they could be forced to sell their homes, causing price declines of 20 percent or more, but Oliver stresses that he does not see this as a likelihood in the absence of much higher rates or unemployment.

Adding to his argument is the prospect that unemployment will fall rather that rise significantly.

“It’s still too high, but I think over time as the global economy tends to improve, I think unemployment will go down rather than up.”

Australia’s unemployment rate rose to 5.5 per cent in December, from 5.4 per cent in November according to the Australian Bureau of Statistics, however on a positive note, the data also revealed employment rose every month in the 2017 calendar year, for the first time in at least forty years.